Laughter among the bones of the dead. We reveal another Japanese title, from sunny Okinawa.

We reveal another film from the program dedicated to Japanese peripheries. The section Japan: Out of Focus will feature a sensitive comedy drama entitled "Born Bone Born" (2018) directed by Teruya Toshiyuki.

The film leaves an impression of a walk on the ocean shore: a wind in your hair and a slight aftertaste of salt on your tongue.

Teruya Toshiyuki, better known under the pseudonym Gori, is a truly multi talented artist, who gained fame in Japan as an actor, musician and above all a comedian running a popular TV show. He made his mark in the film world as a director. Although Gori is very close to his hometown of Okinawa, he admitted that for a long time he was not aware of a certain unusual tradition that had survived there.

In Aguni, one of the islands of Okinawa archipelago, the custom of washing the bones of loved ones four years after their burial in the seaside rocks remains alive. The director, fascinated by the ritual, placed the action of the award-winning short film "Born, Bone, Boon" (2016) there, later followed by a full-length "Born Bone Born" (Japanese title "Senkotsu", 2018). The Shinjo family gathers to say the final goodbye to their mother after a long period of not seeing each other. owever, it is hard to hide the fact that widower Nobutsuna has a serious problem with alcohol, and the advanced pregnancy of unmarried Yuko immediately provokes gossips of the small town's inhabitants. Only the son, the wise Tsuyoshi, seems to be living a peaceful corporate life with a loving wife and child. Gori's film is a surprising comedy drama with a funeral in the background. The director effectively intertwines local customs into an extremely universal story about complicated family relationships.

Nostalgic warmth meets pain and hidden for years reproaches, and the mourning is mixed with silent yet joyful anticipation of the birth of a new life. The director manages to avoid easy sentimentalism by introducing into the picture of a family meeting sharp humour and removing a gloomy patina from the centuries-old tradition. The film leaves an impression of a walk on the ocean shore: a wind in your hair and a slight aftertaste of salt on your tongue. 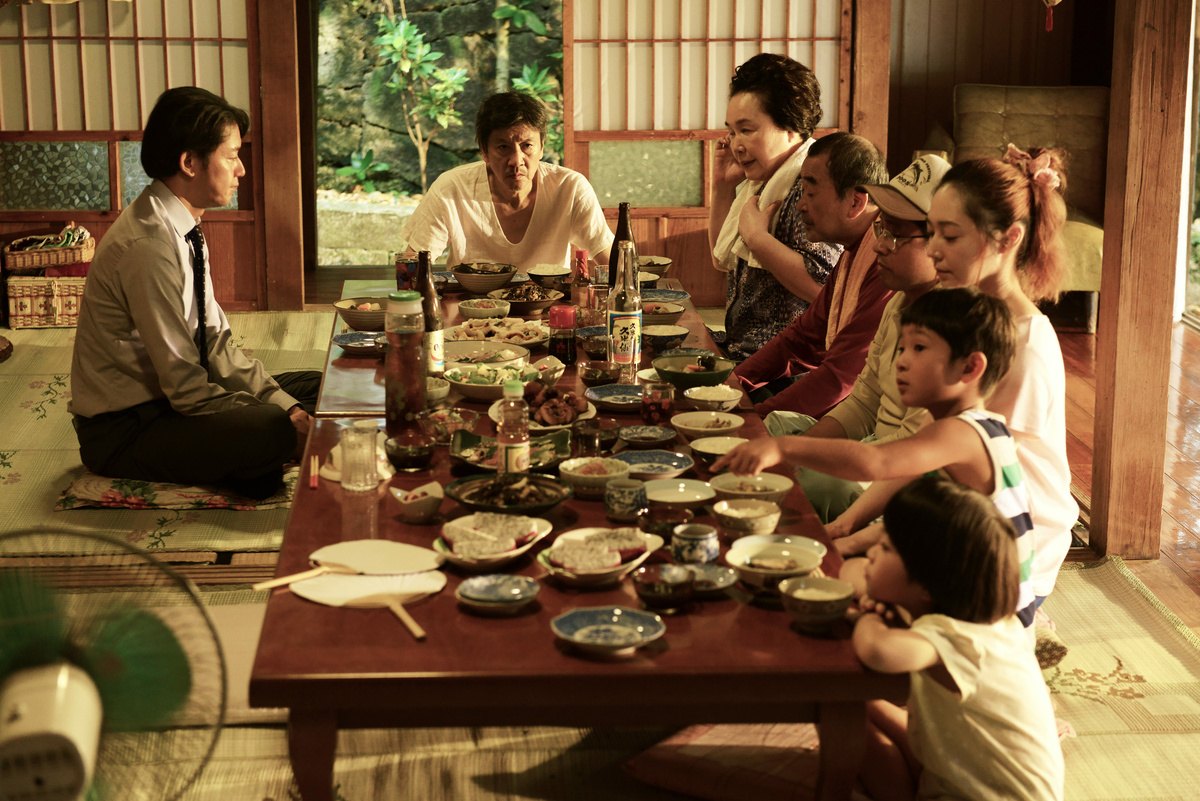 Okinawa itself, formerly known as the Kingdom of Riukiu, is an unusual location. It is the smallest and most sparsely populated of the five main Japanese islands. It has its own language called uchinaaguchi, and its inhabitants are considered one of the healthiest and longest living in the world. No wonder the island attracts lots of attention. It is loved and often chosen by filmmakers - and not only Japanese. Among films shot on this tiny island are  "Karate Kid II", "The Teahouse of the August Moon" with Marlon Brando or "Kill Bill 2", and a long list of local productions - e.g. "Hotel Hibiscus", "The Catcher on the Shore", "Okinawan Blue", “Sound of Waves” or "Chasuke's Journey". The local film industry is developing so well that in 2003 an institution supporting local film productions was established. Okinawa Film Office is a partner of the Japan section: Out of Focus.

A selection of films prepared by Okinawa Film Office is available on the platform FilmDoo. One of them is a short film "The Chosen One" made by Gori in 2017, which tells the story of a diffident Taiwanese man who is changing his life in Okinawa.

This year's edition of the Five Flavours Film Festival accompanies the celebrations of the centenary of the establishment of diplomatic relations between Poland and Japan, and has the honorary patronage of the Embassy of Japan in Poland.