A Witness out of the Blue 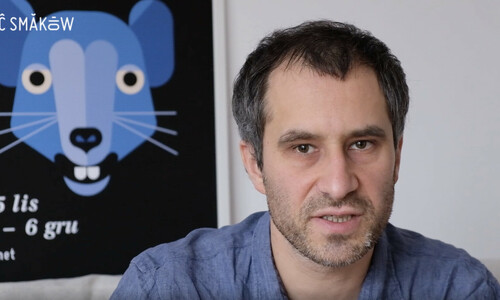 A Witness out of the Blue - film introduction

A brutal murder is committed in Hong Kong. The sole witnesses of the crime is
a colorful talking parrot, the victim – Homer Tsui, a mobster who participated in
a botched jewelry store robbery. The pool of suspects is pretty big – other members of the gang, but also the robbery victims, including a police chief, Yip Sir. Th investigation is led by a disillusioned, sloppy Frank Lam. His main antagonist turns out to be Sean Wong, the mastermind behind the robbery, torn by pangs of conscience. Is he really the killer? If so, why won't he run away? And where did the bandits hide their loot?

"A Witness out of the Blue" is the type of film no one makes in Hong Kong anymore. The fast-paced action, filled with chases and shootouts which lead to the resolution of the fascinating puzzle, at times slows down, making way for some humor and calm reflection. When Wong ends up in a bizarre apartment filled with energetic old people, he finds the much-needed break and a delicate relationship with an eccentric woman.

Film director and scriptwriter from Hong Kong. He graduated from the Academy of Film, Hong Kong Baptist University and began working as an assistant director before working as a scriptwriter for several TV dramas for Television Broadcasts Limited. Fung's filmscript for "The Mermaid" was nominated for The Hong Kong Film Award for Best Screenplay in 2017. He directed his first film, The Bounty, in 2012.