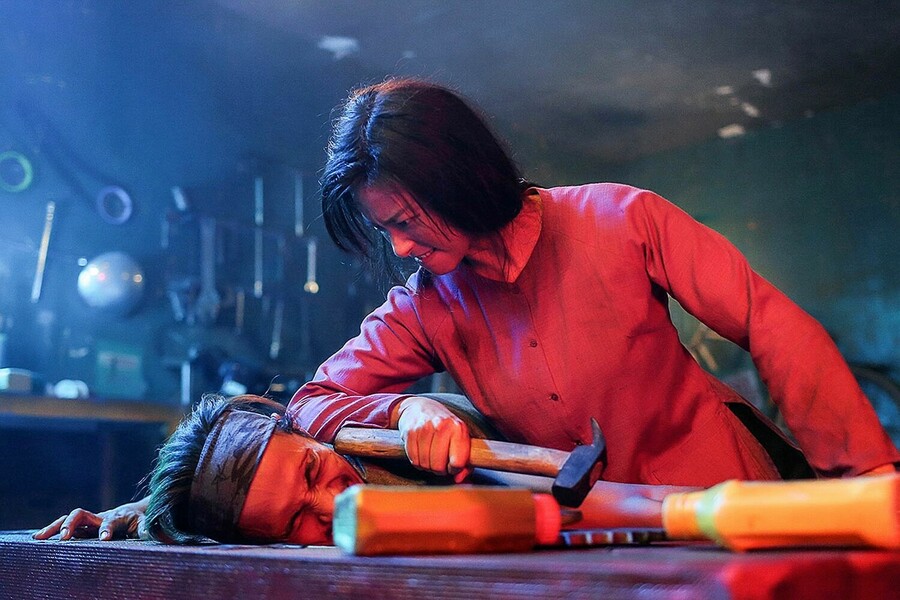 Hai Phuong has a criminal past, which separated her from the family and which she now wants to forget. A debt collector’s work in provincial areas is hard but it keeps her away from serious troubles and lets her enjoy the relation with her daughter Mai. But someone has just kidnapped the girl in broad daylight… Without hesitation the desperate mother starts chasing the kidnappers and follows them all the way to Ho Chi Minh. It quickly turns out that the enemy is powerful and many more children have been kidnapped. The adrenalin stifles the fear and the rage gives the woman’s kicks a deadly force. Once again Hai Phuong will dive into the labyrinth of the underworld but this time to redeem her old sins.

In "Furie" the well-known schemes gain new energy because of masterful fight scenes in local Vovinam style and thanks to Veronica Ngo, who furiously kicks asses of her enemies. These are the factors that made the film the biggest box office hit in the history of Vietnamese cinema and the country’s candidate for Oscar in the Best Foreign-Language Film category.

A screenwriter and director born in Vietnam in 1978 and grown up in the United States. Having completed studies at UCLA School of Theater, Film and Television he debuted in 2006 with "Dust of Life", an enthusiastically received drama with autobiographic threads. With his next films shot already in Vietnam he tried his hand at extremally different conventions: a horror - "House in the Alley" and an adaptation of Dostoevsky’s short story "A Gentle Creature".