Tibetan poet of camera on the way to Warsaw

Another name on the Five Flavours guest list! Pema Tseden will bring two of his films to the Festival - a chamber drama "Balloon" and "Jinpa" produced by Wong Kar-wai.

At the 13th edition of the festival, the director will personally present two extraordinary films. 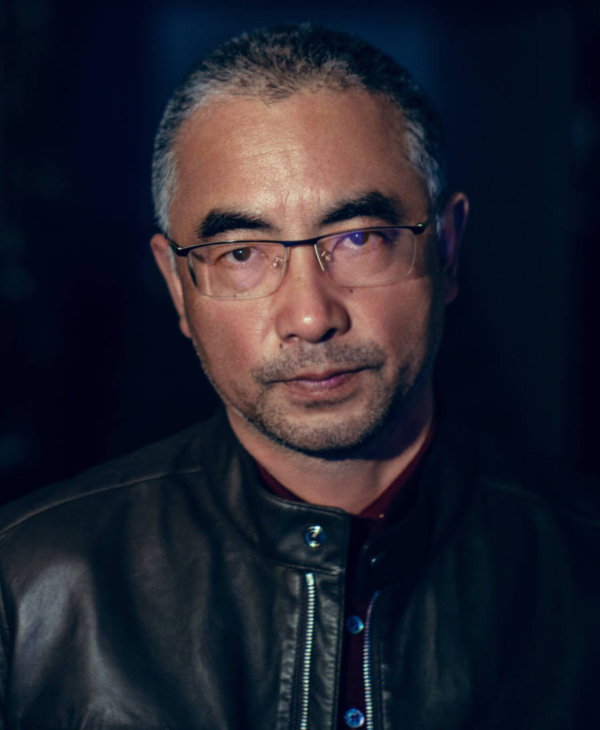 Jinpa is a driver who solely conquers the harsh landscape of the Tibetan plateau. His truck is filled with "O sole mio" sounds from a ruined tape recorder. An eternal hippie with dark glasses always covering his eyes will first accidentally kill the sheep and offer a ride to a lonely wandering traveller. The reticent passenger's name is also Jinpa, and before he gets off at a crossroads, he will reveal he went on this journey to kill a man. The driver cannot forget this declaration and decides to follow in the footsteps of his mysterious namesake.

Produced by Wong Kar-wai, the film is yet another original triumph for Tibetan Pema Tseden, whose "Tharlo" won a number of awards at world festivals (including the NETPAC award at the 10th Five Flavours). Built from picturesque frames composed poetically by Lu Songye, "Jinpa" is a mystical meditation on human fate, life and death, infused with melancholy and gentle humour.

Two brothers run on the meadows surrounding Lake Qinghai, always waving in the penetrating wind. Little scamps dream of balloons, but until their father brings the promised toys, their function will be fulfilled by inflatable condoms - the last pieces found under the parents' pillow.

The existence of a three-generation family, grazing a flock of sheep, seems to consist of such simple situations, and is regulated by the rhythm of beautiful but harsh nature. However, there is another powerful factor that will have a dramatic impact on their lives: the policy of one child, introduced with absolute consistency by China, colliding with the traditions of the protagonists. The lack of condoms will provoke events that will determine the future of the family, revealing the different needs and desires of its members.

Wise and full of lyrical humour, "Balloon" is another film after "Jinpa" confirming the excellent form of the Tibetan director and strengthens him as an ambassador of this cinematography. Tseden again manages to capture in his lenses his firmly rooted traditions of his homeland and Buddhist mentality of its inhabitants. Without giving up ethnographic elements, he focuses on a fascinating story about the great choices of ordinary people.

On the screen, among many non-professionals, appear actors known from "Jinpa": Sonam Wangmo and Jinpa. Lu Songye, the cinematographer responsible for the visual side of "Jinpa" and "Tharlo", is again in charge of the magical cinematography.