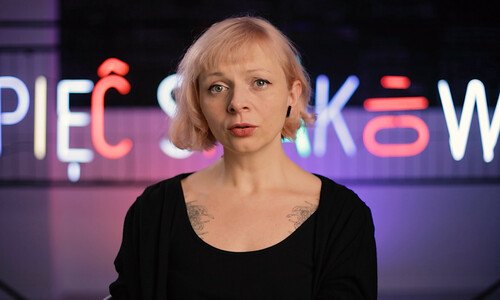 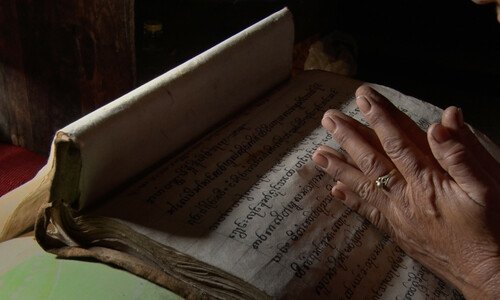 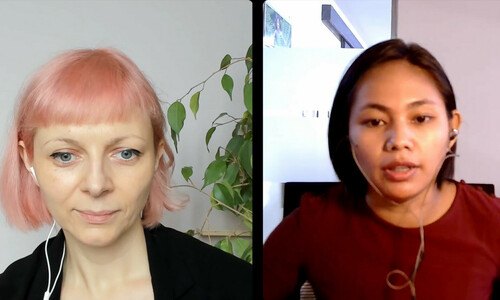 Mi Sue Pwint is a member of the All Burma Students’ Democratic Front, the student army formed after nationwide protests were brutally crushed by Myanmar’s military dictatorship in 1988. This film tells her extraordinary story as both a leading revolutionary and mother and describes how she is now actively engaged in the peace process in her deeply conflicted country.

She comes from a village in Bogalay in Myanmar’s Ayeyarwaddy delta. Following the devastating cyclone Nargis that swept through the delta in 2008 she came to Yangon where she attended courses in journalism run by capacity building organisation Myanmar Egress and later worked for the Myanmar Peace Centre. Since joining Yangon Film School in 2012 she has worked on numerous documentaries as a sound recordist. Mother At Arms, which won the top Diamond Award at the 2017 Goethe Institut Myanmar Documentary Awards, marks her first film as a director in her own right.

A lovingly filmed portrait of the filmmaker’s parents who eke out a living making ‘jaggery’ sweets from toddy palm syrup in Myanmar’s central dry zone.

She comes from Nyaung Oo Township in Mandalay Division in Myanmar’s central dry zone. Her parents are toddy palm farmers. After graduating from Yezin Agricultural University she came to Yangon where she took up an internship at independent non-profit organisation Enlightened Myanmar Research (EMR). Since being accepted to Yangon Film School in 2014 she has worked on a number of films in various capacities, providing for example the soundtrack for The Bus Conductor. For her second year project Sugar & Spice she chose to portray the lives of her own hard-working parents- The resulting film, of which she was also editor, was joint recipient (with Slate) of the Ruby Award during the 2015 Goethe-Institute Documentary Awards.

In spite of a nationwide ceasefire, armed conflict still persists in Myanmar and landmines contaminate many parts of the country. Describing their effect on one family in East Bago, this film gives a dignified voice to the victims of Myanmar’s civil war and makes a powerful plea for peace.

She comes from Sittwe in Myanmar’s Rakhine State. After graduating in geology she began working as a video journalist. Since enrolling at Yangon Film School in 2016, she has worked on a number of projects as director, editor or cinematographer (e.g. Tofu Nights). In 2017 she joined a YFS Travelling Cinema crew to Inle Lake to help a local community create two short films about environmental pollution. Seeds of Sadness, which she shot, directed and edited in her second year at YFS, was joint-winner of the 2017 Goethe Institut Ruby Documentary Award. She is currently working with fellow-student Cherry Thein on a feature-length documentary Cocoons about young girls living on the streets of Mandalay.

To his mother, Agyip is a 19-year-old who works as a hotel receptionist. What she doesn’t know is that by night her son has another persona and another life – as ‘Violet Katy’. In conservative Myanmar, drag is something of a nascent art and often frowned upon, but Agyip and his friend Myint Kant Zin are determined to don their make-up and costumes, strut their stuff and live the lives they want – in spite of family pressure.

He is from Kyaukme in Myanmar’s northern Shan State. After gaining a degree in English from Lashio University, he spent several years working as an activist and writing about LGBTI and other human rights issues before joining YFS in 2020. He has completed a number of YFS courses and worked on several projects and has now entered his second year at the school. Boy Queen – which he also co-edited with fellow YFS student Nang Cho Lae Yee Thein – marks his directorial debut.

An old woman from Mong Htet in northern Shan State in Myanmar looks back on a life marked by privation and loss. Her memories are interwoven with images that touch on this conflicted state’s past, present and future.