This year's Panorama section, which presents the most intriguing author cinema from all over the world, included several exciting proposals from Asia.

Among the most expected was Tsai Ming-liang's middle-length film, which turned out to be one of the most interesting screenings of the Festival. "Journey to the West" ("Xi You") is the sixth picture from the "Walker" cycle, inspired by Liang's theatrical play "Only You". In the play, Lee Kang Sheng very slowly walked through the stage – the effect was so unique that the director decided to film it. In "Journey to the West” he is accompanied, among others, by Denis Lavant, actor known mostly from Leos Carax's films.

This pensive walk is a reference to the legend of Xuanzangu, a Chinese monk from the 7th century, who was travelling through Asia for 17 years. Lee Kang Sheng, wearing a monk's robe, moves in a meditative pace through an ordinary, urban space. His deep concentration contrasts with the chaotic movement on the streets, the absolute focus and precise, repetitive gestures seem to absorb time and space. We follow the characters' journeys through the screen and all that surrounds them in the same way people used to follow traditional Buddhist scrolls - looking at the paper landscapes was supposed to replace the traditionally required meditation during a journey. The hypnotizing, poetic picture invites a wide range of interpretations, from those centered around the fast pace of city life to those exploring the relation between East and West suggested in the title.

The Burmese filmmaker Midi Z also shown his new picture in Berlin. The author of "Return to Burma" (6th Five Flavours FF) and "Poor Folk" (7th Five Flavours FF) continues the themes he took up in his previous works – in "Ice Poison" ("Bing Du") he returns to the character of San Mei (Wu Ke-xi) who left for China in search of job, and was forced to get married there. She returns to Burma for her grandfather's funeral and tries to use this opportunity to raise money to leave her husband and bring her little son home. The only way she can earn money here is by dealing drugs. 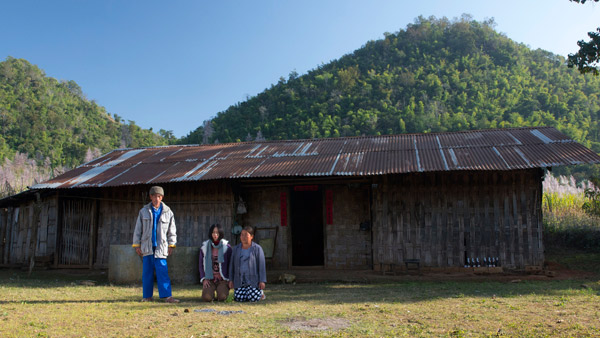 The film was made in the raw aesthetic characteristic for the director, though the pace of montage seems a bit faster than in the previous productions. Midi Z shows the extreme poverty of the people and their difficult living conditions, but he does not use their destitution for shock effect, contrary to many festival films which force out the viewers pity. We accompany the camera, which objectively portrays scenes from the lives of the Burmese society, from the poor taxi drivers' hunt for the clients to the moments of entertainment at karaoke bars. We perfectly understand the nostalgia of the heroin who, despite tough living conditions, is willing to risk everything to come back to her family home.

The Panorama section included also three interesting productions competing for the Teddy Award (granted to films with LGBTI themes). "Quick Change" from the Philippines, directed by Eduardo Roy Jr., is a set of scenes from the lives of transgender women competing in beauty pageants. The main character in this tragicomic story is Dorina, who earns a living offering collagen injections to aspiring beauty queens. The illegal procedures seem like an easy way to improve your looks, but as it turns out they can be mortally dangerous when performed at home. The screenplay for the film does not surprise; its truly unique quality lies in the way it shows the specific environment of Philippine transsexuals, for whom physical beauty is the only way to gain social acceptance. The women, ignored and made fun of on every-day basis, during the shows transform themselves into spectacular, breath-taking creatures, earning not only recognition and admiration, but often also a living. This fascinating portrait of the group is lined, like in Almodovar's films, with a religious theme – just as in Spain, the cult of the Virgin Mary on the Philippines takes a very specific form.

The South Korean "Night Flight" directed by LeeSong Hee-ila is a story of Yong-ju, a teenage boy secretly in love with a friend from school, Gi-woong. The theme of homosexual love is mixed with the problem of school violence, tormenting the Korean society – Gi-woong is the leader of a band which harasses younger students. Even if he reciprocated the other boy's feelings, revealing them would bring a disaster to them both. The director skilfully builds a narration with multiple threads, inspired by true events. The characters have to face numerous obstacles, yet none of the narrative lines is treated superficially, and the filmmakers manage to avoid a one-sided evaluation of the events. A strong film and a bitter diagnosis of the society in which, as the director admitted in an after-screening discussion, despite the existence of gay community, a public coming out is unthinkable. 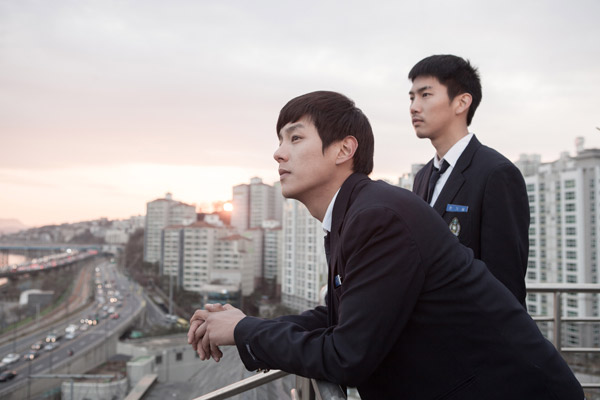 Among the films shown in the Panorama was also "Night" ("YE") by the 21-year old Chinese director Hao Zhou. Made as a diploma project, the film talks about three young protagonists: a gay guy who turns to prostitution, unable to find another place for himself in the society, a boy who falls in love with him, and a girl who also sells her body in the night alleys of the town. The narration is sketchy, comprised of a couple episodes from their night life. But the director plays with stylization: the strong, intense colors and the carefully drafted frames look like shots from Wong Kar-wai's films. Chinese retro songs used in the interludes create a similar atmosphere; in their rhythm the main character changes into more and more patterned shirts and colorful ties, and contemplates his own beauty. His youthful pretentiousness has a certain charm, which brings to mind the characters from Xavier Dolan's films. Despite some shortcomings in the screenplay, this simple story made on a minimal budget shows great sensibility and social awareness of the director. We can only wish China more such debuts.