The cult event is back! The Asian shaman horror night is a unique selection of films perfect for anyone looking for stylish thrills, original, chilling plots and hypnotic images. This year, apart from the event in the cinema, we also invite you for a four-day horror marathon online! 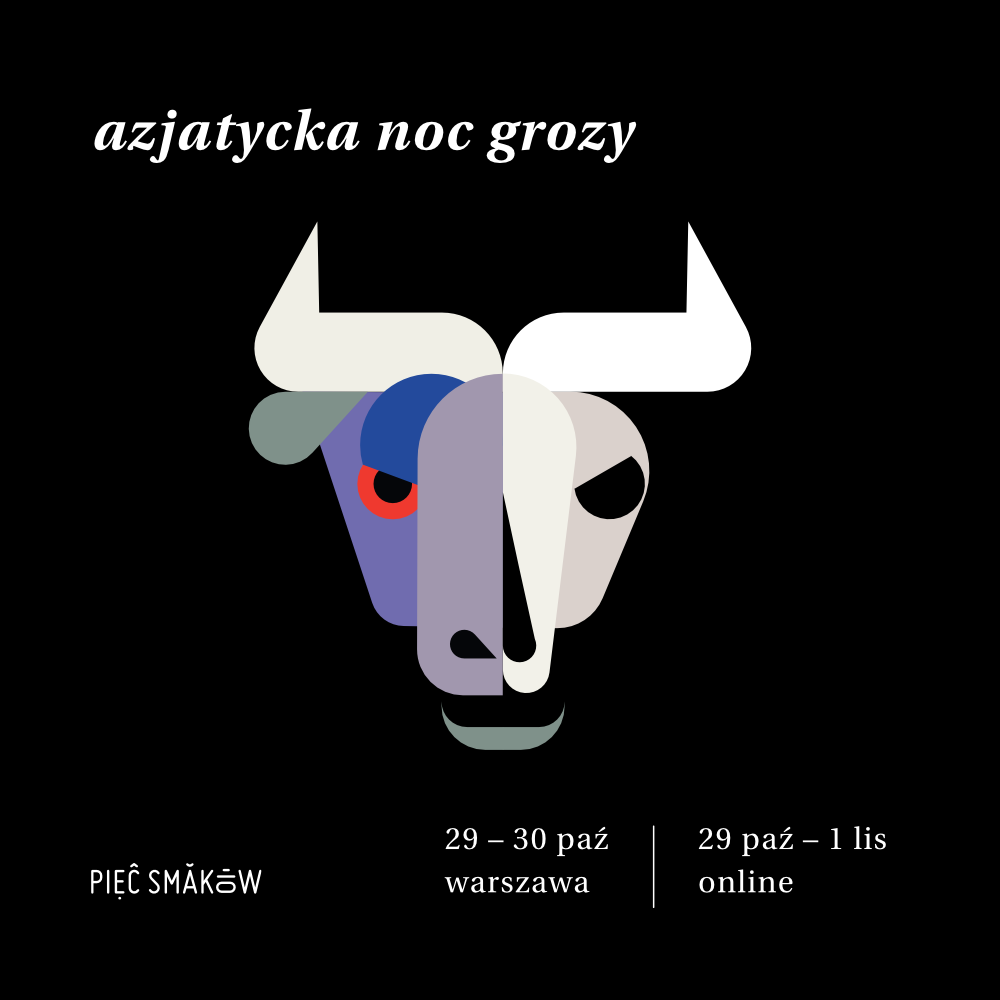 Asian Horror Night will take place in Kino Muranów cinema on October 29 and 30 and online at the Five Flavours At Home VOD platform from October 29 to November 1. The programs are linked by shamanistic themes, but beware – the two programs are not the same!

This year, supernatural phenomena, blood-chilling prophecies and mysterious crimes will lead us into the world of shamanistic traditions. Ignored by today's world and pushed aside by modernity, the shaman's knowledge of the world invisible to the naked eye, curses, possessions and restless souls, are a real treasure trove for the filmmakers. The original, diverse, and thrillingly terrifying mythology of Southeast Asia surprises with the rich variety of stories, and the thick woods and villages hidden from civilization provide them with the perfect, oneiric, unsettling setting.

The price of the ticket includes three film screenings and snacks at Muranów cinema and, as a bonus, the access to the film "Soul" available at Asian Horror Night online.

The foggy forests of Thailand. A shamanistic tradition passed on by generations of women in one family. Can the teenage Ming answer the Goddess's call? And is it really Ba Yan calling?

One of the most awaited films of the year, produced by two masters of Asian cinema whose names make the hearts of thousands of horror fans across the world beat faster. "Medium" was directed by Banjong Pisanthanakun, the creator of the cult Thai film "Shutter," which was remade a number of times. The producer and co-writer, Na Hong-jin, is the author of "Wailing," hailed as one of the most visionary, break-through horror films of the past decade. The two masters created a disturbing, subversive, visually enthralling film that keeps leading the audiences astray.

Two siblings return to their home village to plan their mother's burial. What secrets does this gloomy place hide? And what pushes its inhabitants to take their own lives? Will the siblings find out the truth about their mother, suspected of making a dark, shamanic pact with the forces of evil?

Cornelio Sunny's Indonesian horror intertwines the mysterious, dark story of blood rituals and shamanistic practices with a social analysis showing crowd psychology in action. The simple, suggestive plot is also a tale of intergenerational bonds and of how the modern lifestyle affects not only the relationships between children and their parents, but also the cultivation of multigenerational traditions.

Suddenly in the Dark

An absolute gem: a beautifully restored rediscovered classic of Korean cinema directed by Go Yeong-nam. A story about a shaman's daughter and a couple which takes her in of of the kindness of their hearts, a paranoiac tale of escalating suspicions and obsessions, and a refined analysis of emotional and sexual tension muffled by the conservative middle-class customs, looking for a way out. With its uniquely original visual side and modern form, the film keeps you at the edge of your seat and stays in you memory long after the screening ends.

A group of kids living in a small hut away from civilization brings home a small girl covered in mud. Despite her suspicions, the single mother of the kids takes her under her roof, only to hear a blood-chilling prophecy.

Emir Ezwan's "Soul" is a low-budget production using simple, yet very suggestive means, inspired by the local folklore and religious metaphors, to create a dark, paranoiac tale with a philosophical subtext. The film took numerous international festivals by storm and was chosen as the Malaysian Oscars candidate.