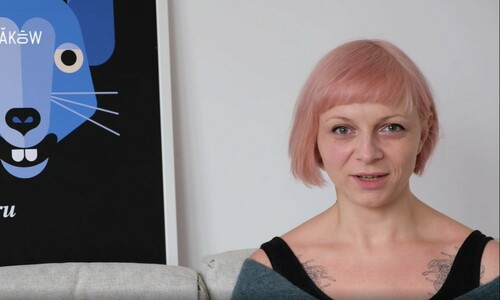 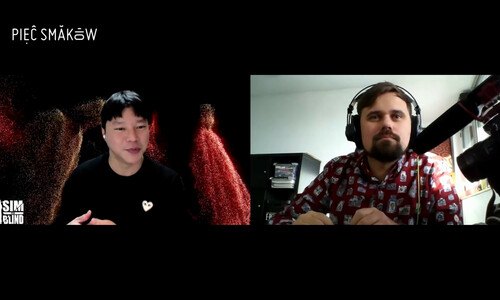 Pansori is the traditional Korean genre of music stories, sometimes referred to as Korean opera, performed by a singer, sorikkun, accompanied by a drummer, gosu, on the buk drum. "SIM: The Blind" is based on one of the five surviving pansori songs, Simcheongga. Delving into the rhythm of the story rooted in shamanistic rites, we follow the life of Sim Hakgyu – a blind master of swords who roams through a post-apocalyptic world contaminated with blinding dust using his sensitive hearing to get a sense of direction. The viewer experiences his reality in the same way, through sound waves bouncing off shapes. The world built with sounds appears to us as a volumetric cloud of colorful points hanging in the air, creating the afterimages of the sung story.

Prior to joining K’arts - Korea National University of Arts - as an adjunct professor, he worked in various fields such as interactive performance, digital exhibits, stereoscopic films, and stage directing. He has also taught at the college and graduate level topics including filmmaking, entertainment technology, virtual reality, and game design. His research interests include audience interaction, interactive media, mixed reality, and collective intelligence.