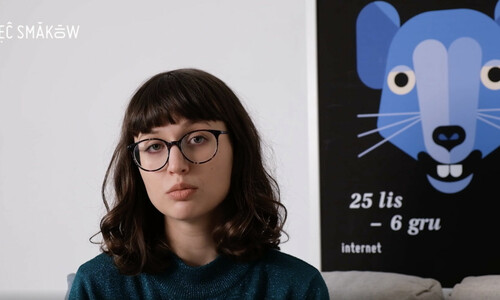 How far would a mother go, agonized by years of living under one roof with an alcoholic and a tormentor? Koharu chooses a road that puts her three nearly adult children in a tough spot. The consequences of one dramatic night will change the lives of the whole family. When its members meet years later, settling accounts will not be easy. Yuji wanted to become a writer, the shy Daiki a good father, and Sonoko dreamt of becoming a hairdresser. Did they manage to break away from the burden of the past?

The master of subversive cinema, combining the genre edge with a psychological flair, once again explores the dark corners of the human soul, provocatively mixing an emotional vivisection with intelligent dark humor. This time, he is using a half-documentary convention, creating incredibly realistic, complex psychological portraits of the characters, as well as an interesting portrayal of the social mechanisms which push people to their limits. Thanks to the ingenious casting choices, the broken biographies of the protagonists become incredibly intense, shedding light on many issues faced (not only) by the Japanese society.

Born in 1974, worked as an assistant to filmmakers, including Koji Wakamatsu.
He made commercials, short films, TV series, and music videos. His debut was the 2009 "Lost Paradise in Tokyo," screened at Busan IFF. His next film, "Koyaku," brought him an award at the festival in Yokohama and several Japanese Film Academy nominations.