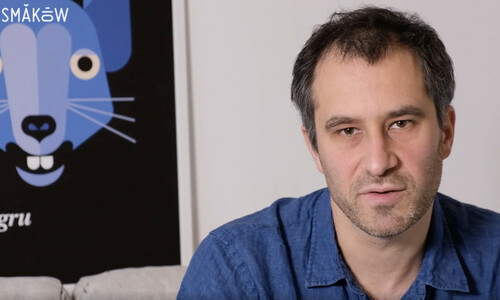 Gun-soo, a corrupt cop, is driving under the influence in the middle of the night.
He had a rough day, but marital problems, being investigated at work, the death of his mother is not the end of it. Running over a homeless man who was unlucky enough to find himself in the middle of the street, can be the straw that broke the remains of his career. The detective has to act quick. He hides the body with the help of… his mother's coffin. But this is just the beginning of his troubles.
The following day will be even worse. Gun-soo gets a call from a man who says he knows what he did last night…

South Korean society puts very little trust in their law enforcement officers. Police corruption has been the subject of crime films made by the greatest masters of cinema, such as Na Hong-jin or Ryoo Seung-wan. Kim Seong-hun shows the subject in a purely generic convention. "A Hard Day" is an intelligent thriller – powerful, meticulously constructed, and filled with dark humor. After the Cannes premiere, the film was praised for its great entertainment value, which was further confirmed by Korean audiences. Gun-soo is played by Lee Sun-kyun, for whom the role of a sneaky cop was a great warm-up before playing Mr. Park in Bong Joon-ho's "Parasite."

Kim Seong-hun began his filmmaking career as an assistant director on the romantic comedies "Oh! Happy Day" (2003) and "He Was Cool" (2004).
In 2006, he directed his first feature film "How the Lack of Love Affects Two Men". Making his second film took a few years, but "A Hard Day" had its premiere at Cannes Film Festival in Director's Fortnight section, where it drew unanimously positive reviews. Domestically, "A Hard Day" became a box office hit, with more than 3.4 million tickets sold. The film received numerous awards and nominations.

2006 How the Lack of Love Affects Two Men