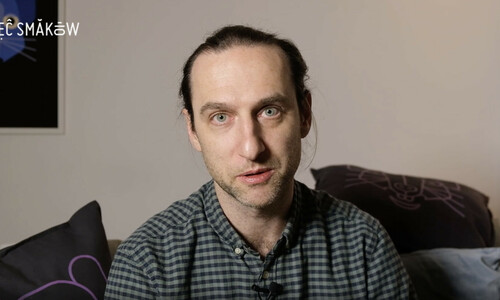 A young woman with determination in her eyes, sits down at a desk at a police station to finally make an official statement regarding her battery. The perpetrator is her own husband, whom the officers won't even effectively isolate from the protagonist fighting for her life and protecting her six-year-old daughter. This is only the beginning of her journey – a lone fight for the basic right to safety takes
a lot of determination, bordering on desperation.

Guitierrez's shocking, powerful debut is a psychodrama played out in closed, intimate spaces, which avoids pitying the victim and does not overflow with sentimentality. We are watching the strong heroine's searching for justice and crashing into walls of institutional incompetence, economic exclusion, and animosity from her family and neighbors. "He seemed like such a nice boy…"
The director skillfully doses the tension, drawing a powerful portrait of the Philippine society in which the truth is defined by those who can afford a better lawyer. The film, whose artistic consultant was Brillante Mendoza, follows the best traditions of the socially engaged cinema in the Philippines, talking about the mechanisms of power through small, yet moving stories.

Raymund Ribay Gutierrez was born in Makati City, Manila, Philippines. He has directed the Festival shorts "Imago" and "Judgement", both of which were nominated for a Palme d'Or at Cannes; "Imago" also won the TIFF Short Cuts Award for Best Short Film. "Verdict" is his feature debut.