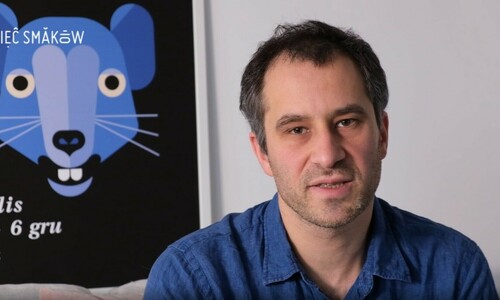 Choon-gil is the only member of a high school wrestling team in Daepoong,
a decrepit working-class town everyone dreams of leaving. The boy's coach turns into a bus driver, and their training room is being demolished. Sounds familiar?
If it does, you must expect a final glimmer of hope on the horizon. In this case, it is a wrestling match. Winning it means a scholarship and leaving Daepoong, possibly forever. The coach comes back, and Choon-gil expands the team with
a couple of friends – Hyk-jun, the unstable member of the elite Black Tigers gang, and Jun-kwon, the depressed physical worker providing for his whole family. Just like in any full-blooded sports film, the boys begin a race against time, facing adversities and their own weaknesses. Will they do everything in their power to beat the front-runners and change their fates?

Ko Bong-soo, whose ability to combine dead seriousness with hysterical laughter puts him in the same team with Aki Kaurismäki, ignores trends and fashions and keeps making his own style of cinema since his memorable debut "Delta Boys."
As always, his film cost next to nothing, but the final outcome is spectacular. With his great ear for vivid, hilarious dialogues, and a great eye for colorful characters, Ko creates a subversive story of a group of dark horses nobody is prepared to bet on, but who have a lot to prove to the world. The camera portrays the imperfect protagonists fighting for a better tomorrow with affection and understanding.

His directorial debut, "Delta Boys" (2016), won the Grand Prize winner of the Jeonju IFF 2016 Korean Competition, and since then all his features was shown there.
In his works, Ko depicts the weary yet indomitable dreams of the figures who are inferior in the secular sense. His figures do not give in to slander, scolding, and oppression and positively accept the life of a minority. Ko is a distinctive pioneer of comedy in Korean independent cinema who works on silent comedy and fake documentary.