Lost in the Fumes 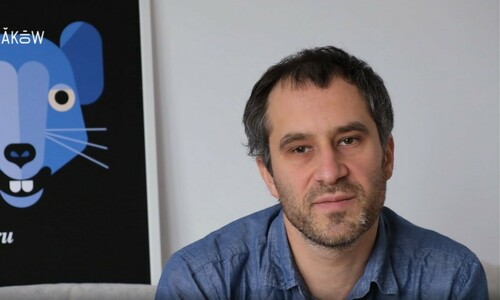 Edward Leung, student and activist, unexpectedly finds himself in the middle of
a political conflict surrounding the Hong Kong Legislative Council elections. Although the 60,000 votes he got would normally guarantee him a win, the last-minute changes introduced under the pressure of the Chinese government call the results of the election into question. On top of that, Edward faces three counts of rioting charges for taking part in the prodemocratic protests. Very soon, the political shooting star can end up behind bars.

The director looks a the noose slowly tightening on the protagonist's neck, and portrays the dilemmas faced by the new generation of activists – perfectly organized, aware of the imminent risks, mobilized and determined to act, but still trying to live their normal lives and protect them from the influence of the pervasive political chaos.

A comparative literature and French graduate from the University of Hong Kong. She premiered her first feature documentary Road Not Taken (2016) in Hong Kong Independent Film Festival 2016. Road Not Taken was also screened in a series of overseas film festivals and local community screenings. Her first documentary short Midnight in Mong Kok (2014) was a finalist of the Open Category of the 21st ifva Awards and was also featured in some foreign film festivals.