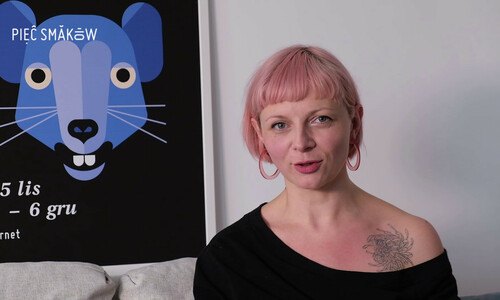 Ji-young is an ambitious employee of a big corporation – one of the places famous for their glass ceilings, spy cameras in the bathrooms, and other impediments created for working women, especially young mothers. After giving birth to her daughter, the protagonist wants to reconcile motherhood with any kind of a job, but the reality keeps throwing curve balls at her, which come together to form a seemingly light, but truly restraining cage.

This adaptation of a shattering novel which, just like the literary original, raised a wave of debates about the limitations faced by Korean women, is also a crushing feminist manifesto and a masterfully told story, filled with apt details that working women and young mothers across the globe can identify with. In her directorial debut, Kin Do-young shows small social mechanisms which effectively restrict women's choices, and the serious psychological effects of the situation the protagonist finds herself in. It is also a great story about partnership, support, and women's solidarity, which is our beacon of hope for change.

Born in 1970, Kim studied filmmaking, but began her film career as an actress. She debuted in a small role in  Lee Chang-dong’s "Oasis". After several roles in art-house cinema, she started to appear in mainstream productions ("Killer Toon", "Return of the Mafia"). As a result of complications related to the pregnancy, Kim had to stop her acting career and focused on writing and directing scripts. In 2018 she directed a short film "Monologue", about the difficulties of combining motherhood with an actress's career. "Kim Ji-young: Born 1982" is her first feature film.