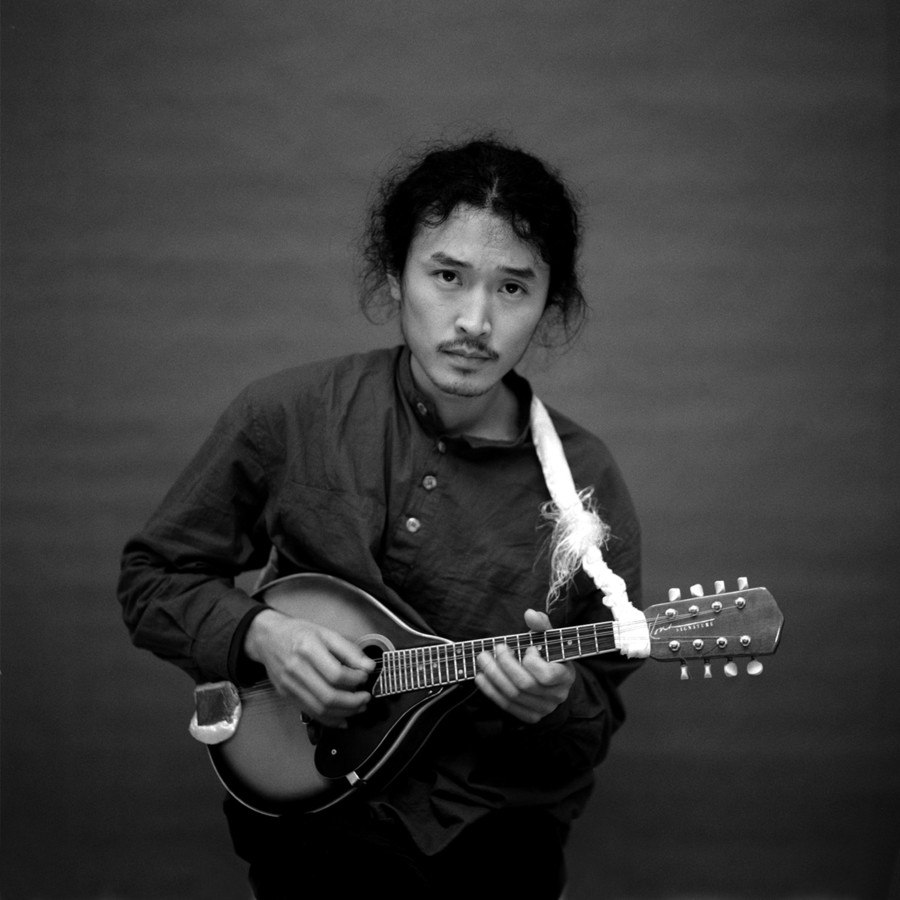 Yuzhe Song, the founder of DaWangGang, is a universal artist from North-East China. Initially, he played in punk-rock bands and studied composition and guitar in Beijing. Later he decided to give up classical education an broaden his musical experiences on a ten year-long trip around the far corners of China, where he learned from musicians of different ethnic and social backgrounds. The knowledge he gained was used to create the DaWangGang project, whose open formula invites the participation of artists working with a wide variety of musical styles.

BBC INTERVIEW WITH THE ARTIST

Song Yuzhe, the man behind this extraordinary record, is a product of the ever-inventive Beijing underground music scene, while the title comes from an expression used in Chinese opera to refer to music that is slightly out of tune and rhythm. So it's not surprising that much of this album has an uncomfortable feeling ad is often taken in unusual and challenging directions. Stick with it though and it pays off.

There's much roots music to discover, with powerful elements from the traditions of Uyghurs of the Xinjiang autonomous region, Tibet, Mongolia and elsewhere. Song plays a variety of instruments, although for the most part we don't know what they're called, being credited as simply eight-string banjo, half-zither and mouth harp. We do know band mates Hu Gejiletu from inner-Mongolia plays the morin khuur (horse head fiddle) and Adil from Xinjiang plays another type of fiddle, the ghejek.

It's the way these instruments are used and incorporated into an experimental whole that defines this album. The twists and turns of the opening "Meeting two Wizards On The Mountain Road" sets the tone; discordant morin khuur, an eerie theatrical half-spoken recital with throat singing behind it, and a cittern adding an almost medieval European fee. This sound positively tuneful by the time we get to the eoght-minute track three, "Liberate No Man's Land." A squeaky fiddle, a honking saxophone, bird caws and a howling wind blowing throughout. Elsewhere traces of Chinese opera mix with jaw's harp, while Song's vocals and instrumentation sound at times like modern day Chinese version of Jethro Tull.

But don't let that put you off too much. Buddhist chants, gentle female voices, guqin (zither), sampled street and temple sounds combine beautifully on "Money Gods" before the epic final track, where much of what's gone on before come together. The final five minutes of this, relentless, angry vocals that fade into the distance, end the album where it started. Uncomfortable and challenging.