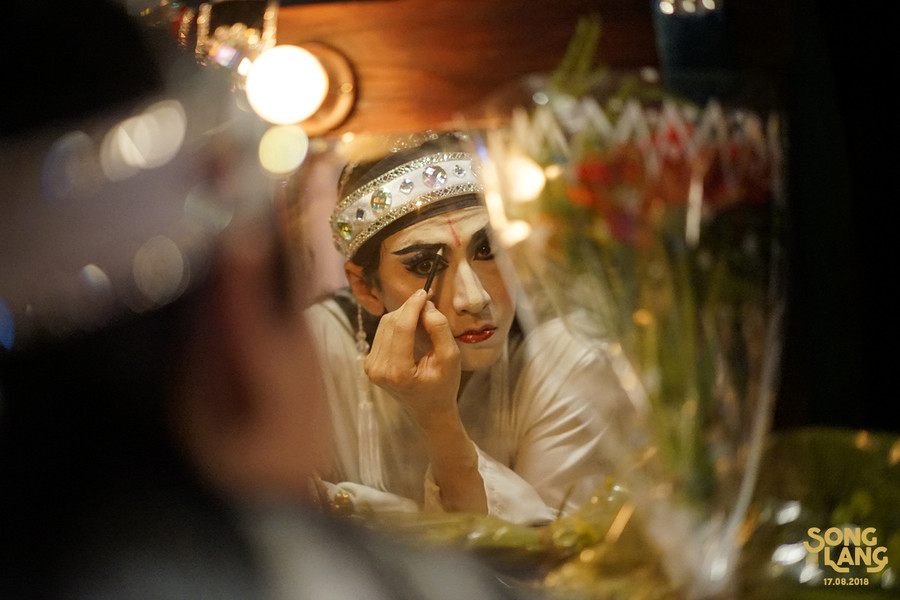 The year of the friendly Earth Dog is slowly coming to an end. On February 5, according to the lunar calendar, a new Earthy year begins, symbolized by the Pig or Boar. On the day of the feast, Five Flavours, according to our tradition, invites you to a unique film evening. The program will include the winner of the 12th edition of Five Flavors - "Die tomorrow" by Nawapol Thamrongrattanarit and the Vietnamese hit of the festival - "Song Lang" by Leon Le.

"Song Lang" is a story rooted in traditional Vietnamese culture, but at the same time very contemporary and up to date. Full of fatalism, it refers to the classic narrative structure from the texts of the traditional Vietnamese opera - cai luong. Leon Le's debut takes place in Saigon in the 1980s, where the life of a taciturn and secretive Dung - a small-time criminal - will change, thanks to the meeting with Linh Phung - the main actor in the theater troupe. Despite initial hostility, the two heroes understand they have a special bond.

Thamrongrattanarit's essay about death avoids pathos an excessive dramatization, touching the deepest emotions almost imperceptibly. The six fictionalized episodes are mixed with documentary footage which adds a splash of statistics – the barren facts meet the most intimate, individual experiences. The protagonists include Millennials, young adults, and an over 100-year-old man, all of them equally helpless when faced with the irony of death, living their last moments an equally prosaic way.