Theatre and Dance in Asian Cinema

The lecture takes a look at a selection of films that use traditional forms of Asian theatre and dance as their material. The uses extend from appropriating classical playscripts into incorporating actual traditional performances to the film. The narratives can focus on the lives of individual performers or theatre or dance companies. The classical styles and different motivations for using them in the cinema are introduced and discussed briefly. Examples come from Japan (kabuki, no, bunraku),China (jingju), Indonesia (lengger) and Southern India (kuchipudi, kudiyattam). 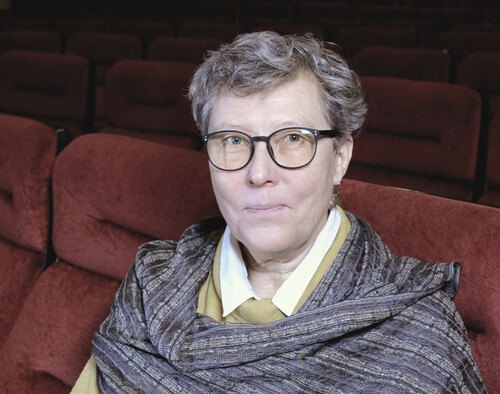 Anna Marjaana Thuring (former Kurkinen), Ph.D. at University of Helsinki, Theatre Research. Her main research interests are in both traditional and contemporary Asian performance, Western physical theatre, and cultural flows and exchanges between Asian and Western performance and performer training.
Most of her research activity and lecturing takes place at the University of the Arts Helsinki - Theatre Academy where she has also worked as Research Fellow responsible for initiating and managing the Shifting Dialogues – Asian Art and Performance Research project. She is a former president of the Finnish Theatre Research Society and a member of advisory board of the International Federation for Theatre Research (IFTR) – Asian Theatre Working Group.

Takeshi Kitano on Dolls (2002) and its background
https://youtu.be/xwOqLWN8STw

BBC: The traditional dance where men perform as women
https://www.bbc.com/news/av/world-asia-51152952

Queer Stories: Farewell My Concubine and The Tragic Story of Leslie Cheung
https://youtu.be/vOCAUYA3VF0