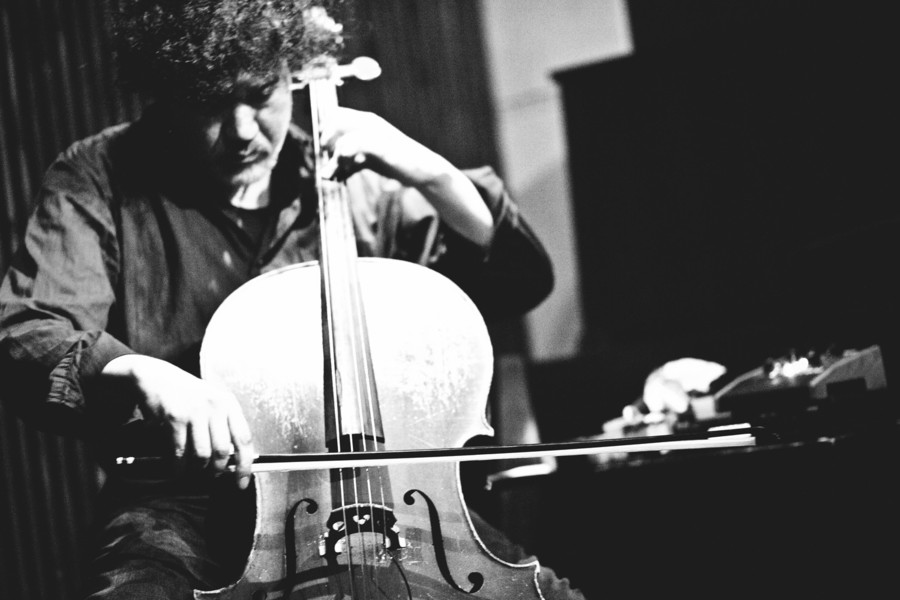 Hiromichi Sakamoto – a versatile artist, instrumentalist and composer. On stage he not only plays the cello, but also makes unconventional use of his voice, and uses saws, drills, and other non-musical objects. He makes daring experiments to broaden the musical scope of the cello, beating and rubbing its surface with vibrators, electric drills or grinders, producing a spectacular shower of sparks in the process. During the performances, radical forms of improvisation go hand in hand with carefully composed lyrical pieces.

Apart from his solo career, he creates numerous projects with artists creating films, theater, visual arts, photography butoh and street art. His work is exceptionally eclectic, transcending the generic confines. Sakamoto was a member of bands such as Pa, or Shibusa-shirazu, and worked with artists such as Yoshihide Otomo, Kazuhisa Uchihashi, Keiji Haino and Lars Hollmer.

“We Don't Care About Music Anyway”

Hiromichi Sakamoto is the star of "We don't care about the music anyway,” directed by Cedric Dupire and Gaspard Kuentz; the special screening of the film will take place on November 26.

“We Don't Care About Music Anyway” is one of the most original musical documentaries of the recent years, a panorama of independent Japanese music scene, from noise through industrial, laptops, minimal, to avant-pop. The strength of the film lies,among other things, in contrasting concerts with fragments of every-day life. The directors set the work of eight Tokyo musicians, including Hiromichi Sakamoto, against a wider social background. Music becomes a prism through which the confrontation of the idea of independence with the consumptive life in the modern metropolis are filtered. They treat their music as an unsettling and true reality, hidden under the fictitious layer of consumption. The process of leaving the illusion of wealth and prosperity, unlimited access to goods and information, takes place on the margins, outside of the system. This is where the disappointed outsiders look for authenticity.

Buy ticket for a screening