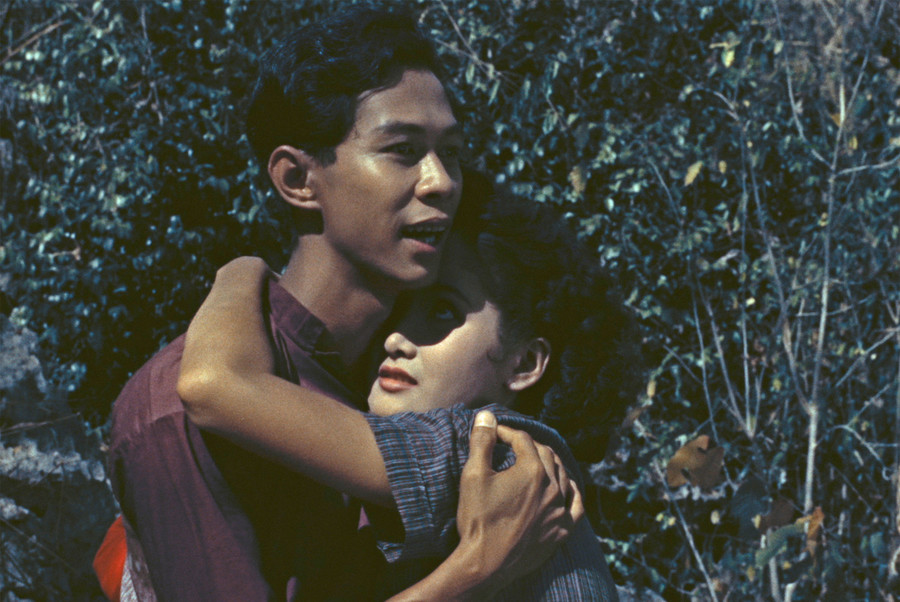 Asian Film Festival 1954 - Best Cinematography, Best Art Direction, A Special Award for Portraying Asian Culture; Special AMPP Award from the Association of Motion Picture Producers of America for “the Feature Picture which will Best Disseminate Asian Culture and Increase Understanding of Asia by the West”

Santi is blind, and his friend, Vina, protects him from the attacks of the provocative Krai. The boy is sent to a monastery, but when the two meet again after a few years, their friendship turns into something more serious. Krai, jealous of their love, asks his parents to arrange his marriage with Vina.

The first Thai color film shot on the 35mm tape fully embraces the possibilities of the medium. It impresses with both the vivid colors in the scenes of religious rituals, and the rich tones of the dresses of the protagonist – a strong, opinionated girl, atypical for the conventional dramas of the era. The story of this romantic triangle is lined with Buddhist philosophy and a message of the karmic bond between the tragic lovers. It is also full of humor – the sarcastic dialogs give this subtle story a subversive quality.

"Santi-Vina" was also the first Thai film acclaimed abroad. But on the way back from the festival in Tokyo, the print was lost – for a long time, the film was considered missing. After the arduous, detective work of the archivists, first the sound reels, and then the film reels were found in the British archives in 2014. Other copies, in worse quality, were found in China and Russia, and the film was reassembled according to its makers intentions. The materials were thoroughly restored (it took over 1700 hours). The film, reconstructed in 4K quality, was presented during a special screening at Cannes in 2016, and then – for the first time in 60 years – it was shown in Bangkok.

One of the greatest innovators of the classic age of Thai cinema, author of many popular films. Along with his producer, Rattana Pestonji, he worked towards popularizing Thai cinema worldwide.