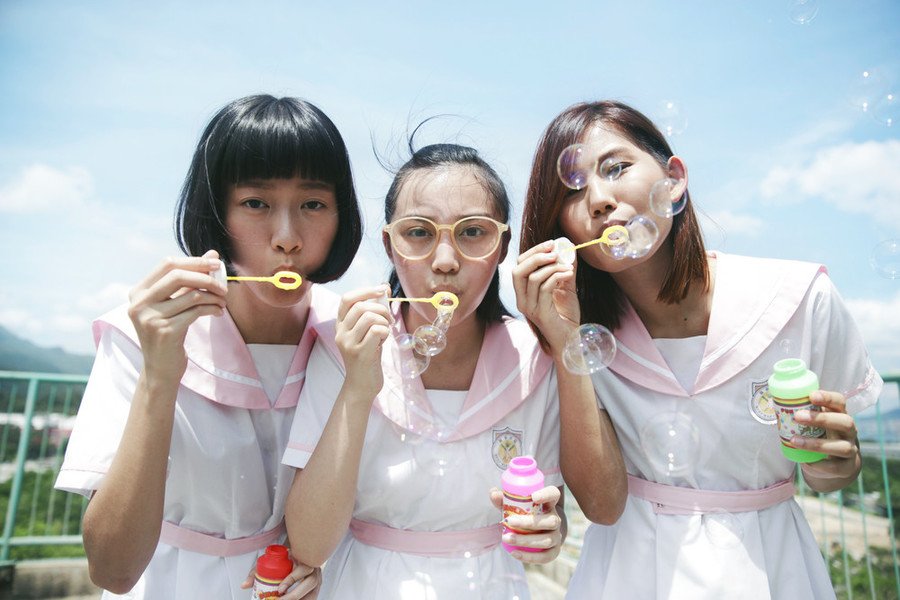 Three school friends and a hot summer. Two of them make money on dating. The third doesn't approve, but she seems secretly jealous. Holidays under one roof will prove to be a challenge for their loyalty, a chance to try out new experiences and risky games.

A girl story, balancing between the intensity of "Spring Breakers" and the melancholy of "Picnic at Hanging Rock" is one of the more daring productions from Hong Kong in recent years. Cheeky, confident protagonists, still infantile, and yet very much adult, overflow the screen with their energy. The director shows the painful and wonderful moments of coming-of-age in a direct, honest way, without looking for cheap sensation, but rather letting us enter the teenager's world and see it through their eyes. Between the colorful frames, she also smuggles in a bunch of social observations – each friend has different ethnic background and a history of difficult experiences, and they can't count on the understanding and help of the adults.

Luk's film can be traced back to the stories of rebellious girls from the Hong Kong New Wave cinema of the 1980s. The director is also inspired by modern pop culture – the eclectic soundtrack includes hipster ballads and jazz classics, the girls hang out in a manga cafe, and Aoi Sora, a Japanese porn star, appears in one of the scenes. Because of it's use of nudity, in Hong Kong the film was classified to the highest age category (so the characters themselves couldn't see it), but most of all it is an honest, unique, and very emotional story about female friendship.

Graduated from Translation Studies at Hong Kong Baptist University. Since 2011 she works with director Pang Ho-cheung in his Making Film Productions studio. She co-wrote several of the director's scripts, including "Love in the Buff" and "Vulgaria," for which she was nominated to Hong Kong Film Awards. "Lazy, Hazy, Crazy" is her directorial debut; the film premiered at Toronto IFF.