Wong Kar Wai’s masterpieces as the surprise section of the 15th Five Flavours! Passes are already on sale

This year, the 15th Five Flavours Asian Film Festival will be held in a hybrid form on November 17-29. We invite audiences from all across the country to join us at our online platform and the viewers from Warsaw – after a year’s break! – to the cinemas! The biggest surprise we prepared is the retrospective of Wong Kar Wai’s films, shown from copies restored under the careful supervision of the master himself. What other sections will be included in the program? The faces of contemporary Burma, Taiwanese queer cinema, and the emotions of sport rivalry.

Wong Kar Wai is the most internationally renown Hong Kong auteur, whose personal vision of this unique city, enclosed in the stylized frames, seducing with lyrical beauty, has earned him a permanent space in the hearts of the viewers and in the history of cinema. The retrospective we will present at the 15th Five Flavours includes seven of his extraordinary works: from his grasping debut, flirting with the aesthetic of the best action cinema ("As Tears Go By"), through the tender portrayals of the inhabitants of the labyrinth city, pulsating with music video lights ("Chungking Express," "Fallen Angels"), to refined, sensual masterpieces about the impossible love ("In the Mood for Love," "2046").

The fresh stories of rebels and spirited souls, pulsating with neon lights. The sensuous, ecstatically elegant poems about loneliness and unfulfilled desires. The fascinating portrayals of Hong Kong and the deeply piercing tales of emotions hidden deep inside. The director has managed to grasp the spirit of the turn of the millennium, the constant changes, balancing between the difficult, yet familiar past and the vibrating rush of the unknown future. My films are never about what Hong Kong is like, or anything approaching a realistic portrait, but what I think about Hong Kong and what I want it to be – the artist says.

The program of the retrospective includes:

There are two types of passes available:

The Cinema+Online Passes will only be available for persons fully vaccinated for COVID-19. The vaccination certificate will be checked upon the collection of the Pass. If the person who purchased the Pass will not have the certificate, they will be able to return the Pass or exchange it for an Online Pass and have the difference in price refunded.

The holders of the Cinema+Online Passes will have to reserve their seats for cinema screenings. The reservations will be made through a simple online system available using any computer or phone with internet access.

Starting on October 26, Single Tickets for cinema screenings and Single Accesses to the films available online will go on sale.

The prices of Tickets and Accesses:

The retrospective of Wong Kar Wai is just one of the many attractions we have planned for November. Every year, Five Flavours brings a diverse, thrilling program, shedding light on the complexity of contemporary Asia:

Most of the films screened in the cinemas will also be available online, including the full program of the retrospective of Wong Kar-wai.

As Tears Go By 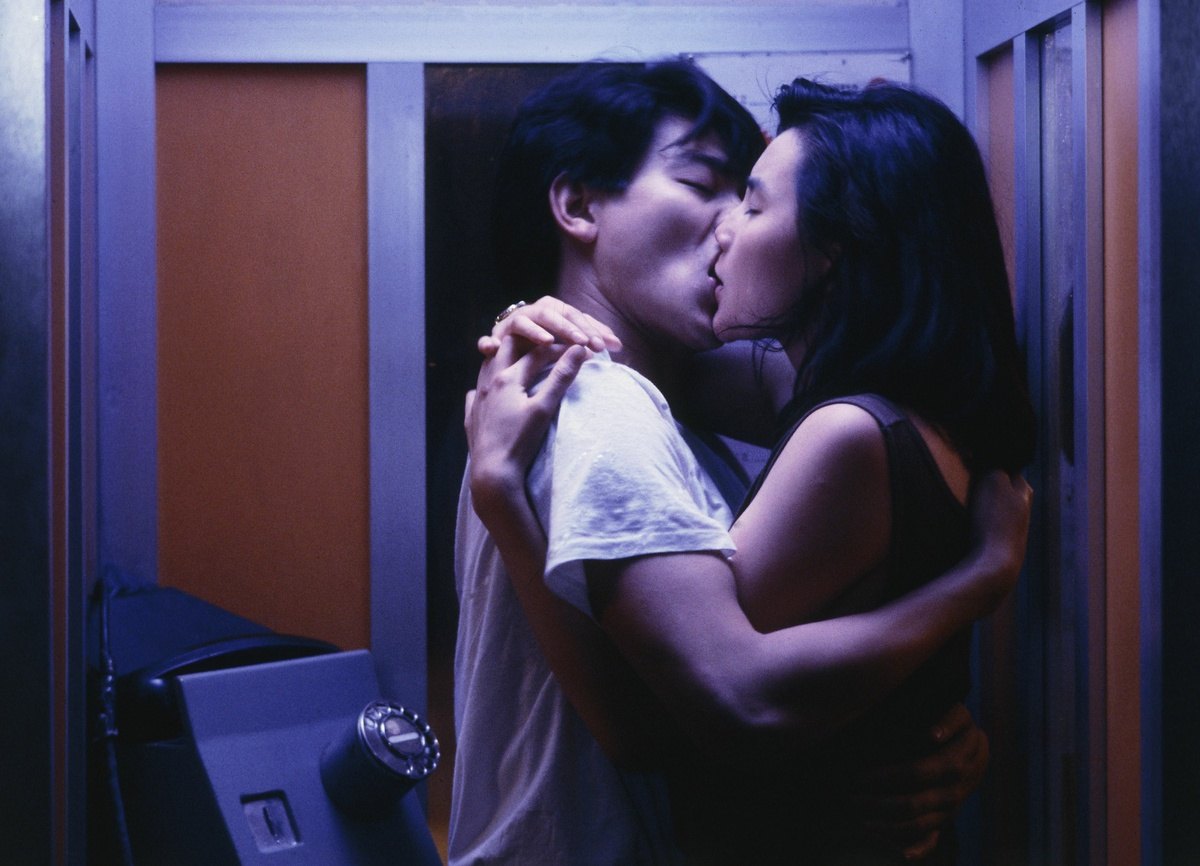 Wah is a debt collector, and despite his young age is respected in the Hong Kong underworld. Unfortunately, his protege, Fly, has a talent for falling foul of all the wrong people. Meanwhile, Wah's distant relative, the delicate Ngor appears at his scarcely furnished apartment, unaware of her cousin's profession. Is it possible that her calm, understanding eyes are hiding a rebellious soul?

Won Kar Wai's debut is an auteur take on gangster films – a genre which enjoyed its golden era in Hong Kong in the late 1980s. The director uses the stylistic of action cinema as a tool to tell a very personal, emotional story. The grasping, vibrant form harmonizes perfectly with the melancholy and melodramatic tension.

Days of Being Wild 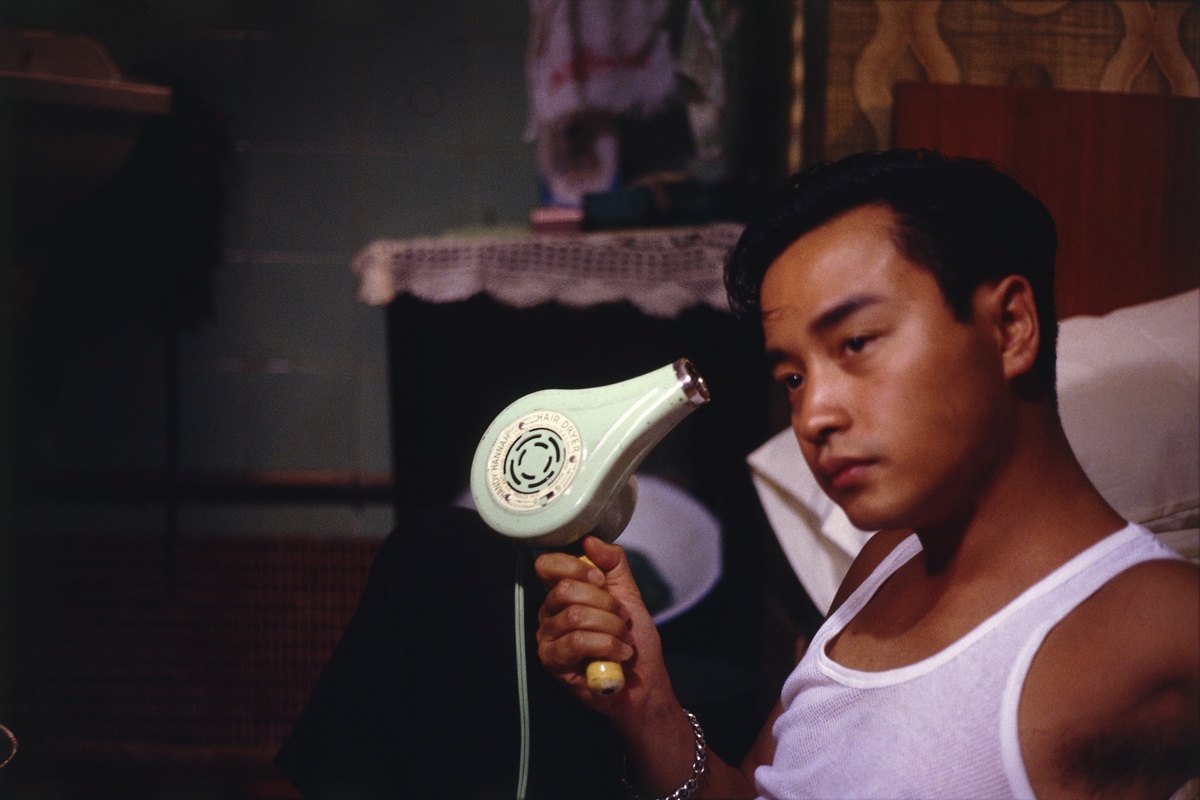 Yuddy, an overly confident ladies' man with a mockery in his eyes, starts his relation with Lai-chun with a riddle. How does he know her name? And her dreams? Why does he seduce the woman only to immediately disappear from her life? The man's relationship with his eccentric mother, who drowns her melancholy in a sea of shady gigolos, is also filled with many questions. The protagonists, floating in the gray-green light enveloping the Hong Kong of the 1960s, come together in the moments of passion, and then drift away into the inevitable loneliness.

This is the first film Wong Kar Wai made with the legendary cinematographer, Christopher Doyle. The artist experiments with narration, deceiving and seducing the viewer with the grace equal to his protagonist's, played by the legendary Leslie Cheung. 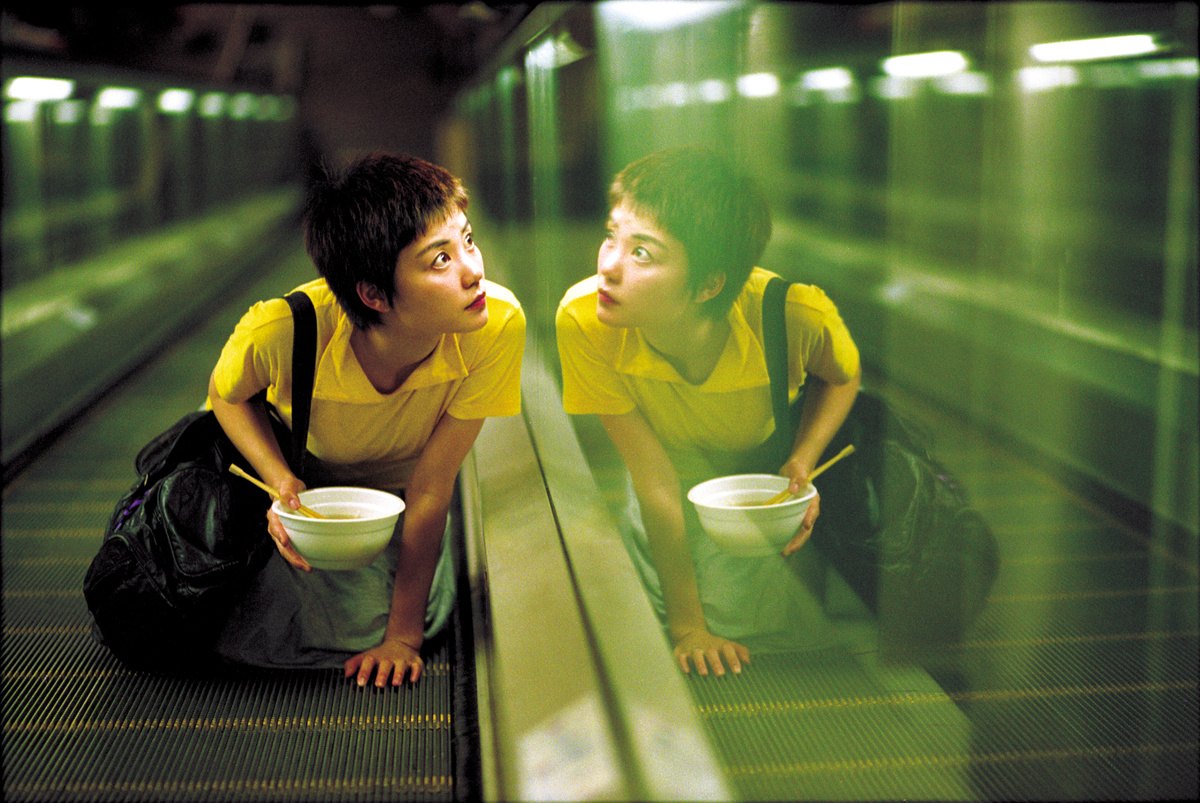 Two Hong Kong cops with broken hearts, two subversive stories about impossible encounters. The officer with a badge number 223 can't come to terms with being rejected when fate puts a woman in a trench coat and a blond wig in his way. She is searching for the Indians who disappeared with her extremely valuable and somehow illegal package. Meanwhile, in a night takeout bar, the sharp eyes of the silent Faye are following officer 663, whose feelings have been stomped upon by a certain flight attendant…

This light, belligerent feature is one of the most important films defining the aesthetics of the 1990s. Its coarse, neon style is one of the most important reference points for the whole generation of filmmakers from all over the world. From stylish action cinema to a music video romance pulsating in the rhythm of "California Dreaming," it is a charming, mysterious story about loneliness and passing each other in a crowd. 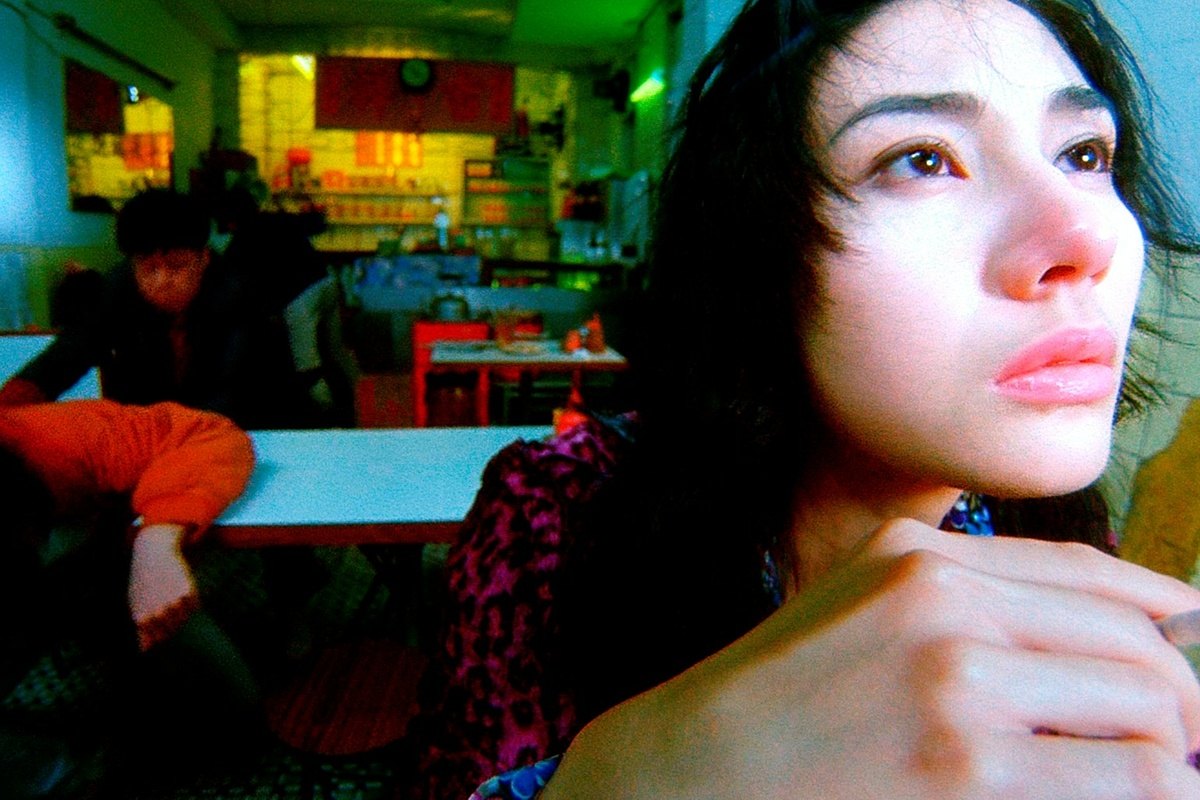 The assassin Wong Chi-ming gets instructions for the next job from his long-time partner. Even though the two of them never met, they act in perfect synchrony. For the woman, being the shadow of the nonchalant gangster becomes an impulse to spin the web of increasingly daring fantasies. Their story is woven into the ragged trajectory of the fate of the dumb Ho Chi-mo, who breaks into small shops at night to sell the merchandise. The man lives with his father and is constantly bumping into Charlie who is crying over her broken heart and cursing her cheating boyfriend.

The plot of the film was created as a part of the colorful "Chungking Express" puzzle, but grew into a completely different, more extravagant and hallucinogenic project. Here, the grotesque, absurdity, and Wong Kar-wai's indispensable loneliness become different, darker, but still remain a stunning visual spectacle. 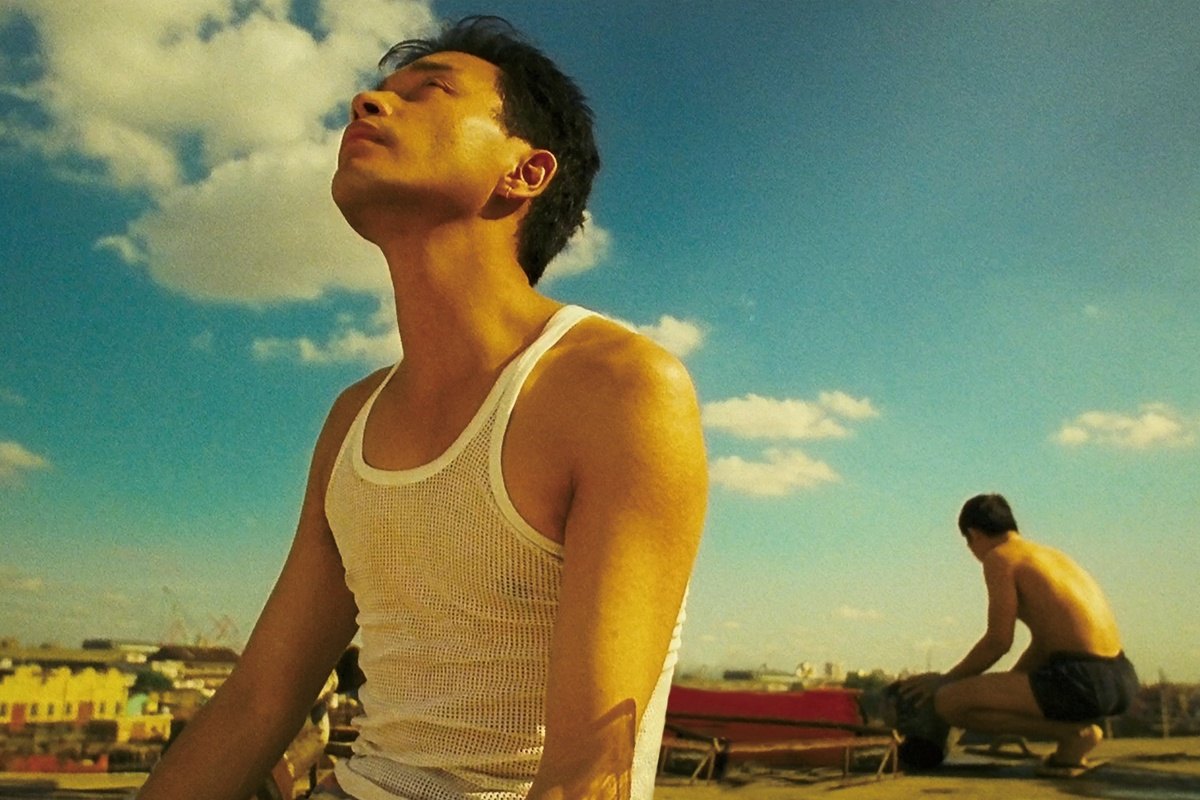 Passion and pathological jealousy, the need for excitement and stability, parting and returning. Ho Powing and Lai Yiu-fai leave for Buenos Aires to breathe a new life into their fidgety relationship. The bond between the lovers is strong and destructive at the same time, the emotions cannot be left behind on the other continent. Under the heavy rain clouds and the burning sun of Argentina, in the thrilling rhythm of the tango, the men find each other and loose each other all over again.

The masterful melodrama with the biggest stars of Hong Kong cinema Leslie Cheung and Tony Leung. Even thought Christopher Doyle's camera sees more space than usual, the emotional trap the protagonists are stuck in, remains the source of pain they cannot give up on. One of the most moving love stories in the history of cinema, and one of the crucial films for the Hong Kong LGBTIQ community.

In the Mood for Love 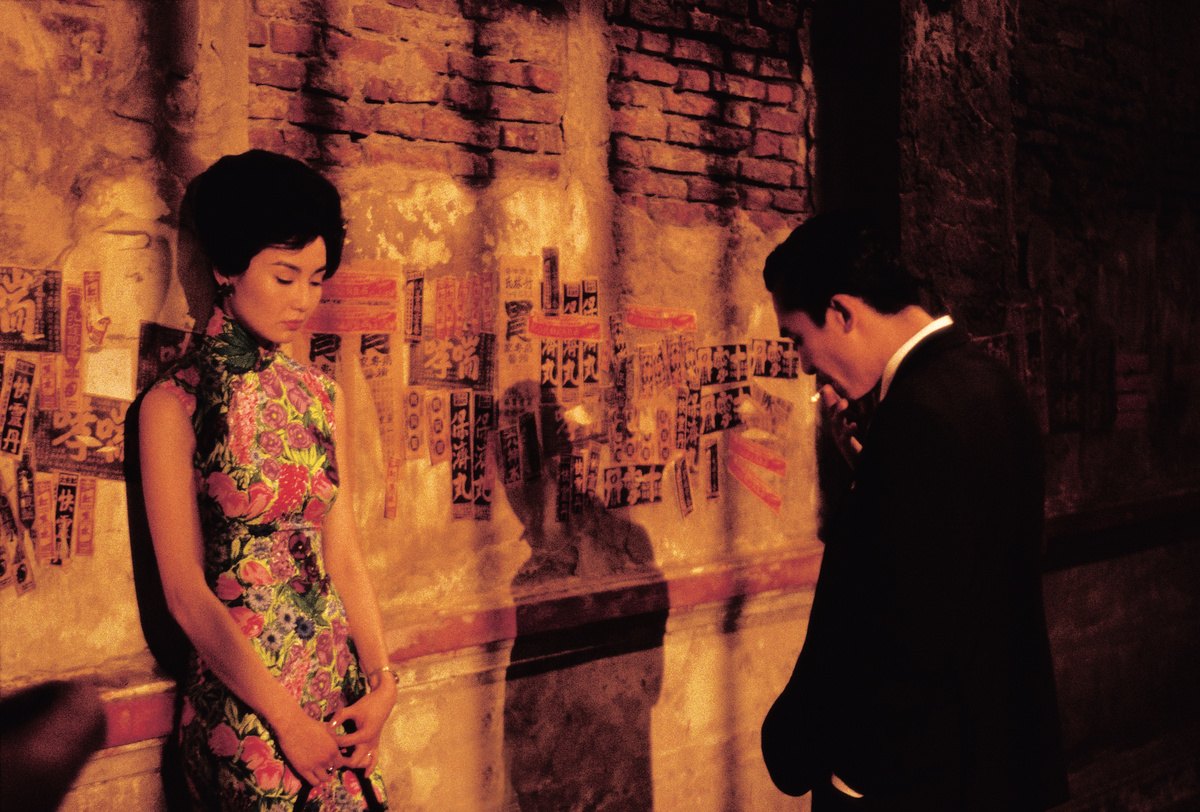 Hong Kong bathed in the golden light of the 1960s. Chow Mo-wan and Su li-zhen are neighbors living in two rented apartments side by side. The journalist with the perfect haircut and the elegant secretary in perfectly fitted dress exchange casual pleasantries at the stairway. Until they find out their spouses are having an affair with each other. The silent understanding will sprout into a relationship which, at that place and time, should not have come to fruition.

This extravagantly sensual masterpiece is a poem about the unfulfilled desires and the painful loneliness. One of the most beautiful pictures in the history of cinema, masterfully woven with shadows, mirror images, secretive gestures and glances. The thick music filling the frames, the cigarette smoke, the embellished wallpapers and the jade teacups create the background for piercing nostalgia – the craving for what is gone and for what was never here. 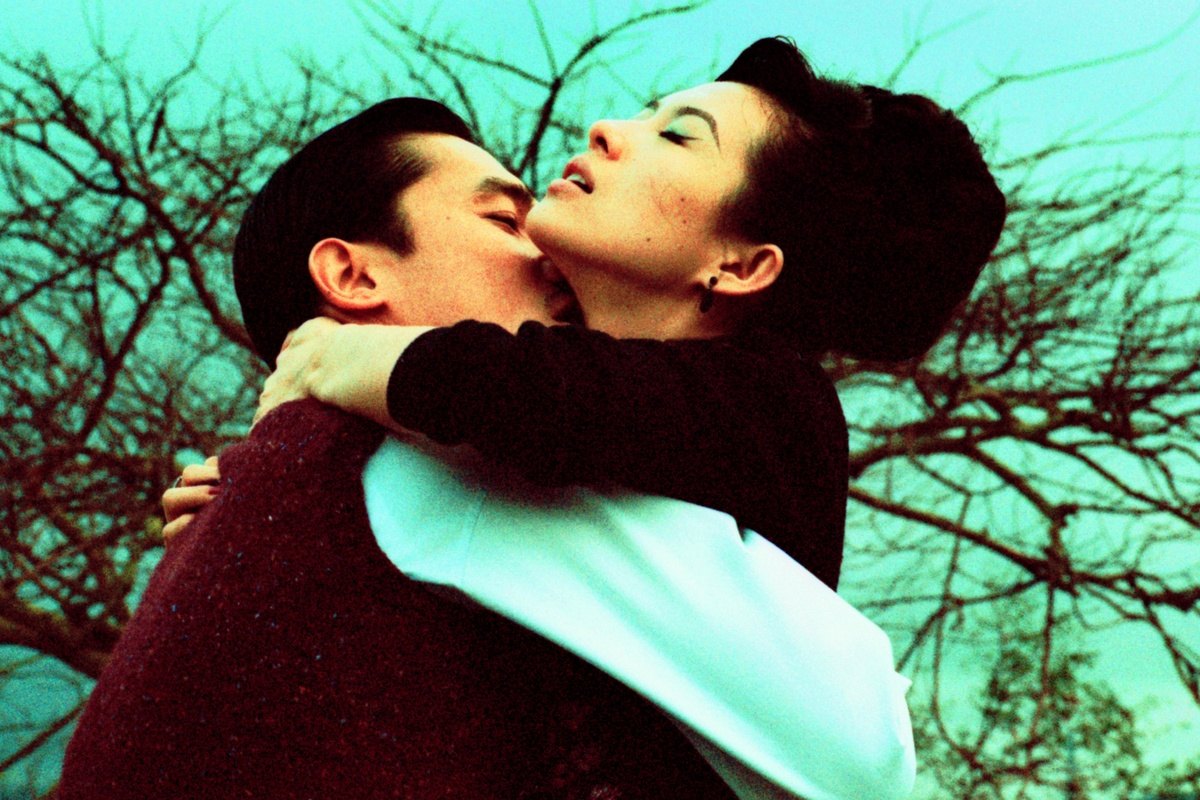 The eponymous date is also the number of the room in which Su Li-Zhen lived when she met Chow Mo-wan. The writer returns to the place connecting him to his old, unfulfilled love. In the numerous romances with other women, he is looking for inspiration for his futuristic novel. Can the void the memories left in him be filled in? Is jumping into the past, into the utopia that allows you to reclaim your lost lovers, a soothing fantasy or does is cause even more pain?

The fragmentary post-scriptum to "In the Mood for Love," dispersed among several stories, escapes the formula of a typical sequel to a melodrama. Here, the retro glamour meets the soaring, cyberpunk scenery, cyborgs wear pearl earrings, and the eclectic vision of the director weaves together the most characteristic themes of his previous films – from sensual tension to hectic vibrations.

The project is co-financed by Warsaw City Council, the Ministry of Culture, National Heritage and Sport, and the Hong Kong Economic and Trade Office, Berlin.

The retrospective of Wong Kar Wai is organized in cooperation with Block 2 Distribution and Media Asia Film Distribution.