We reveal more cards from the competition deck of the 10th edition of the Festival. The films from China, Indonesia, and the Philippines featured in the program, have already become a sensation of film festivals worldwide.

New Asian Cinema, the competition section of Five Flavours, presents films by directors at the beginning of their careers, who are already recognized as keen observers of Asian societies. These are the filmmakers who later become stars of the most important festivals, bringing in stories about the most fascinating corners of the world, still not properly discovered and understood in the developed countries. Each of the films portrays this reality in an original way, often using the conventions of genre cinema.

The best film of the 10th edition of Five Flavours will be chosen by People's Jury, made up of 11 cinema enthusiasts.

Tharlo is 40 years old, he can recite Mao's Little Red Book from memory, and he is about to have his ID photo taken for the first time in his life. But before he can do that, he has to visit a hairdresser. She turns out to be quite charming...

Far from the ethnographic, touristy images of the “magical Tibet”, the film takes a look at the contemporary reality of the country from a unique, fresh perspective. It also tells a simple story of authentic emotions and an unexpected impulse for change. 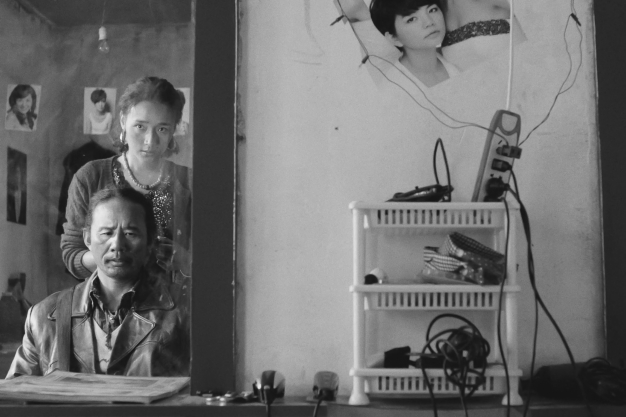 Jane and Aries are very young, and at first they almost seem like regular teenagers. They like fashionable haircuts, taking selfies, they argue, break up and get back together. But they live on the streets of the hot, dangerous Manila, where glue sniffing, thefts, and sleeping in cardboard boxes is their day-to-day reality. Recently, a child came into their lives. They cope as best they can, even if it means taking drastic measures. But one day, the child disappears in mysterious circumstances...

Eduardo Roy Jr. shows the life of this (un)ordinary family in a frank, direct way, easily crossing the border between a para-documentary drama and an energetic thriller. He manages to show the ambivalent situation of his characters, who can only count on themselves, but are filled with emotions and ready to fight for what is most important.

The film won the main awards at Cinemalaya Independent FF 2016.

A Copy of My Mind, DIR. JOKO ANWAR

The competition section also includes the new film by Joko Anwara, a well-known Indonesian horror cinema director, recognized for his subversive, surprising scripts, which cleverly use generic schemes to take up controversial subjects. "A Copy of My Mind" is a brilliant political thriller in which an innocent, romantic encounter of a beauty parlor worker and a geek producing pirate DVDs turns into a tense confrontation with a powerful structure, the emanation of authority.

Joko Anwar boldly uses of the techniques he established in his previous horrors and thrillers. Underneath the charming love story lurks the metaphor of the sociopolitical situation in Indonesia. The film was a revelation of the Orizzonti section at last year's Venice IFF, and won the acclaim of festival audiences worldwide.

October 6th is the deadline for applying to People's Jury of the 10th Five Flavours Film Festival. You can apply by filling in the form available at the Festival website and sending it to: jury@piecsmakow.pl.

Festival Passes for the 10th Five Flavours Film Festival are already available. This year, they come in two types: Basic Pass (190 PLN) is valid for all film screenings at Five Flavours except for the Gala Opening. Master Pass (270 PLN) is also valid for three Radio Asia concerts, Horror Night (a part of the Appetizers cycle) and the Gala Opening.